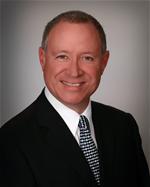 Born in Roswell, New Mexico, Marc Hader moved to Oklahoma in 1977 as his father was called to Pastor Shartel Church of God, in Oklahoma City. Marc has always shared his father's conviction to serve. As such, he has continued a life of service after being sworn into office on January 2nd, 2015.

Having worked in municipal government (City of El Reno), county government (Oklahoma County), and state government (Oklahoma Department of Transportation), as well as private sector civil engineering, road and bridge construction and planning and zoning; Marc has a broad background in the various areas in which a County Commissioner serves their constituents.

Marc graduated in 1982, from Putnam City High School, and has earned a Bachelor of Science degree, in Business Administration, from Southern Nazarene University. Marc has also served on numerous boards, including the Oklahoma County Juvenile Justice Advisory Board, the House of Healing, Operation Lifesaver, and multiple homeowners associations. Hader, a lifelong Republican and Denise, have worked tirelessly for Christian, Constitutional, conservative principles, causes and candidates from the schoolhouse to the Whitehouse for decades.

Denise Crosswhite Hader, Marc's lovely wife, is a 1983 graduate of Piedmont High School. They reside in Surrey Hills and are active members in their faith community attending the Bridge AG, in Mustang. Marc is a Stephen Minister and he and Denise have facilitated DivorceCare, blended family, and Kid's Hope support groups, as well as providing pre-marital counseling at the Bridge, and Crossings Community Church as well.

The Haders are blessed to have their daughters and sons-in-law, their granddaughter Reagan, and grandsons Lincoln and Grant, living in the metro area.